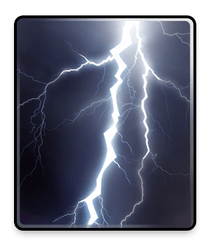 "Strikes the enemy with the highest HP in the targeted area."

The Lightning spell is unlcoked from the Lord's Castle (Castle 1). It is a single-target, high damage spell that targets the unit with the highest health in its radius. When cast, a single large light blue lightning bolt will zap a unit. The Lightning spell costs 6

Retrieved from "https://castlecrush.fandom.com/wiki/Lightning?oldid=1261"
Community content is available under CC-BY-SA unless otherwise noted.